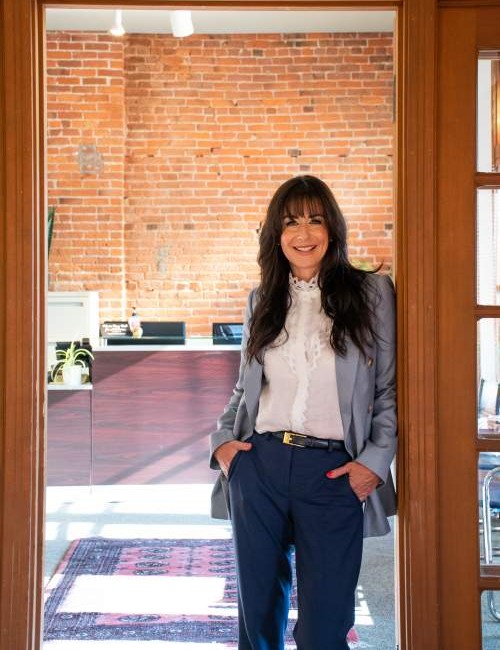 Kim’s work ethic and guiding principle are to elevate others’ lives by providing compassionate and wise legal counsel.

Though she was born in Philadelphia and raised in one of its nearby suburbs, Kim fell in love with the West Coast at age eighteen. Moving West became a must for her.

After earning a Bachelor of Science degree in Accounting from Rutgers Business School in 1991, she moved to Seattle to attend law school at the University of Puget Sound School of Law. She had an interest in tax law and began working for one of the then Big Six Accounting firms in Seattle, Coopers & Lybrand by the time she was in her last year of law school. While intrigued and challenged by it, a tax law was not her passion. Kim left Coopers & Lybrand a year later to take a job as in-house counsel in a different business where she was one of four in-house attorneys. Her employer was the sole shareholder who owned numerous properties, buildings and companies encompassing seventeen states.

Twenty-one years ago, Ms. Shomer started her own practice, initially concentrating on assisting small businesses. For the last several years, Ms. Shomer has shifted her focus on assisting individuals in personal injury matters. Ms. Shomer is an aggressive negotiator and compassionate counsel to her clients. Her involvement in clients’ lives has proved invaluable in assessing case value and negotiating with the opposition.

After practicing with a downtown Seattle firm, Spencer Freeman opened the Freeman Law Firm, Inc. in Tacoma, WA in 2005 after the birth of his first son. Over the course of time, the Freeman Law Firm, Inc. has adhered to the needs of its community, both locally and with contacts nationally. These needs have included litigation in several different areas, including Business Litigation, Copyright Infringement Litigation, Personal Injury and Medical Malpractice, First Party Bad Faith Litigation, Criminal Law, as well as Administrative Law. Mr. Freeman’s intent was and is to make those skills he has learned in his career and his passion for trials accessible.