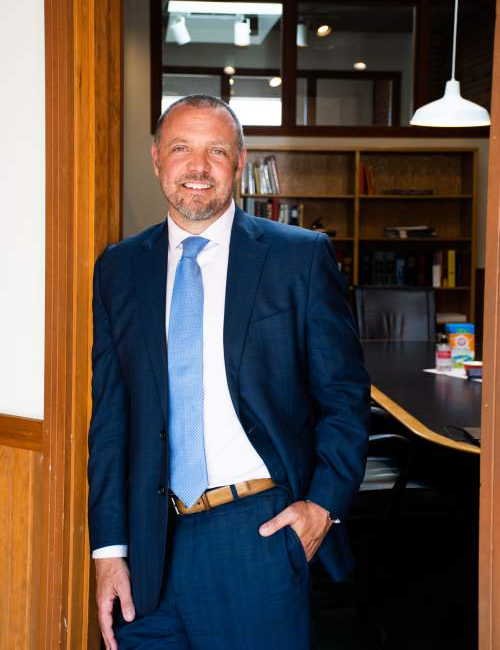 Born and raised in Colorado, Mr. Freeman stayed in the Pacific Northwest after graduating cum laude from Seattle University School of Law in 1995, at which time he was awarded the National Order of Barristers by the National Board of Governors. After gaining extensive trial experience as a prosecutor for the City of Tacoma, Mr. Freeman worked locally for several small law firms focused on personal injury and criminal defense. In 2000, he began to work at a downtown Seattle law firm, where he worked with some of the best lawyers in the nation. During the better part of the next six years, Mr. Freeman was blessed to do work for one of the largest national television providers litigating matters involving the theft of encrypted satellite signals. During this time, he worked closely with corporate counsel and assisted in developing and managing a national litigation campaign. He appeared in federal courts throughout the nation, gaining extensive experience in both federal court litigation and the pursuit of intellectual property thieves attempting to hide on the Internet.

In late 2005, Mr. Freeman decided to open a practice in Tacoma, where his family was growing. Mr. Freeman’s connections locally and nationally nourished his practice over time. He has served the local community as well as handling cases in federal courts across the country. Locally, Mr. Freeman has assisted local businesses in such matters as contentious shareholder disputes and individuals in matters ranging from catastrophic injuries to class A felonies as well as lawsuits against insurance companies for bad faith claims practices. He tried a Whatcom County Superior Court case for a bail bond company that resulted in the first appellate law in Washington truly outlining the rights of fugitive recovery agents. He has tried cases in many counties throughout the State of Washington, argued before the Court of Appeals Division I and Division II and the Washington State Supreme Court.

Mr. Freeman’s practice has taken him beyond Washington State, where he has handled cases for national Internet multi-media companies enforcing copyrights in states such as Florida, Nevada, Arizona, and California. In those cases, he has successfully argued for jurisdiction in the United States against individuals that reside in other countries. Mr. Freeman also represented a publisher against sheriffs regarding First Amendment Rights to distribute a magazine in county jails, resulting in arguments before the Ninth Circuit Court of Appeals and the first case law of its kind. He has argued before the Ninth Circuit Court of Appeals five times and submitted a briefing to the United States Supreme Court.

On more than several occasions, Mr. Freeman has been retained by parties on the near eve of a trial solely for purpose of being lead trial counsel. One such successful case was against the U.S. Department of Justice in their first trial attempting to enforce the CAN-SPAM Act for the actions of independent contractors.

Mr. Freeman’s passion and strength lay in front of a jury. He finds a beautiful balance between fact witnesses, statutes, case law, rules of evidence, and the different contexts of each jury. Most cases find a resolution before trial, but the best resolution occurs when counsel is prepared to try the case. And, when a case cannot find resolution, Mr. Freeman loves to go to work.

After practicing with a downtown Seattle firm, Spencer Freeman opened the Freeman Law Firm, Inc. in Tacoma, WA in 2005 after the birth of his first son. Over the course of time, the Freeman Law Firm, Inc. has adhered to the needs of its community, both locally and with contacts nationally. These needs have included litigation in several different areas, including Business Litigation, Copyright Infringement Litigation, Personal Injury and Medical Malpractice, First Party Bad Faith Litigation, Criminal Law, as well as Administrative Law. Mr. Freeman’s intent was and is to make those skills he has learned in his career and his passion for trials accessible.